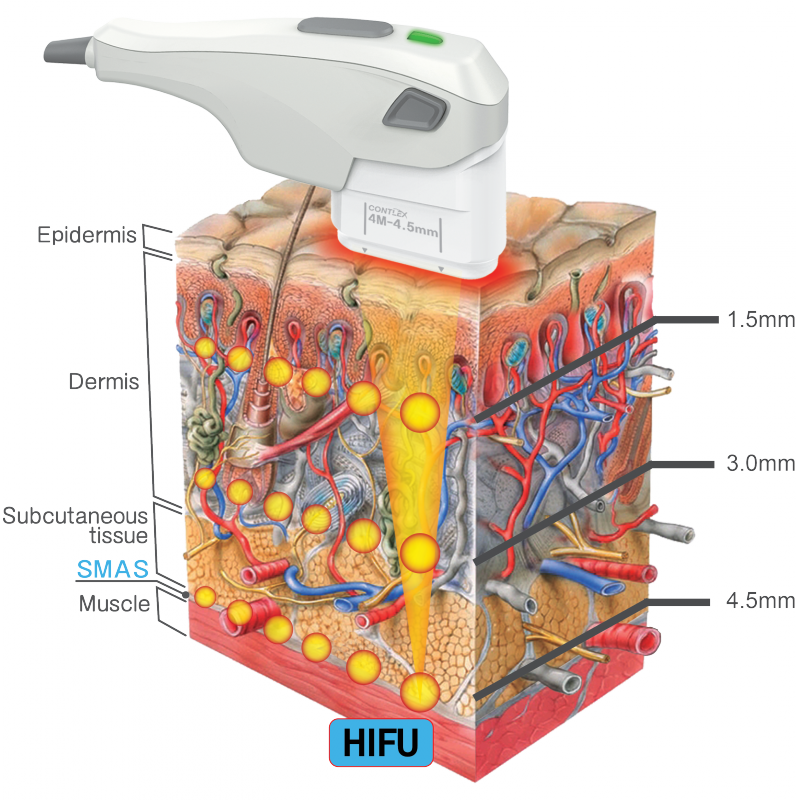 The first investigations of HIFU for non-invasive treatments for abnormally fast heart rhythms were reported  in the early 1940s. Extensive important early work was performed in the 1950s and 1960s by William Fry and Francis Fry at the University of Illinois and Carl Townsend, Howard White and George Gardner at the Interscience Research Institute of Champaign, Ill., culminating in clinical treatments of neurological disorders. In particular High Intensity ultrasound and ultrasound visualization was accomplished stereotaxically with a Cincinnati precision milling machine to perform accurate ablation of brain tumors. Until recently, clinical trials of HIFU for ablation were few (although significant work in hyperthermia was performed with ultrasonic heating), perhaps due to the complexity of the treatments and the difficulty of targeting the beam noninvasively. With recent advances in medical imaging and ultrasound technology, interest in HIFU ablation of tumors has increased.

The mechanism is similar to using a magnifying glass to focus sunlight. Focused ultrasound uses an acoustic lens to concentrate multiple intersecting beams of ultrasound on a target. Each individual beam passes through tissue with little effect but at the focal point where the beams converge, the energy can have useful thermal or mechanical effects. HIFU is typically performed with real-time imaging via ultrasound or MRI to enable treatment targeting and monitoring (including thermal tracking with MRI).

High intensity focused ultrasound was first invented in the USA by Myron Medical Cosmetic Research Institution.  Since its invention, many technology companies jumped on the concept to introduce it to the market. Allwhite Laser are one of a few to take on the project to research, design and develop the ultimate HIFU systems, making our Clarity™ Hifu machines superior. We are able to do this due to our immense infrastructure. AW3 build much more complex systems such as the Regeneration Laser for Hospitals and Surgeons, so building the Clarity™ HIFU systems is just second nature to our development team.

The purpose of these machines is to tighten the skin using high intensity focused ultrasound. The treatment is extremely effective in stimulating collagen production, removing lines and wrinkles to the face and neck .

All HIFU technology is not yet classed as medical in many countries but achieving a true medical result sets us apart from all the other Hifu machines on the market.

Search for the nearest location FIND!

Is the practioner qualified? CHECK!

Check if your machine is Genuine or Counterfiet CHECK!